What is culture and why is it necessary to understand culture when it comes to doing business abroad?

Culture is like a fine wine, opening up all the senses to its complexities, whilst revealing itself in many layers. In basic terms, culture does not solely equate to the language of a country; it is more than the grape, it encapsulates the whole ‘terroir’ of a country, embracing everything from politics to religion and behaviours to name a few. Such cultural components like music and food are plain to see, however, not all elements are obvious at first glance, like that first sip of wine. Delve a little deeper down that rabbit hole and so many more nuances will be revealed, such as body language, customs, communication and so forth.

In an ever-expanding venture across cultural barriers, people wanting to trade further afield can often overlook the importance of researching the culture of the country in which they wish to do business. This could cause them to fall at the first hurdle, putting a halt to their success before they even start. By becoming culturally aware, it could help a company enhance its chances of thriving in another country.

Here are a just a few tips about business etiquette to take into consideration when venturing across those borders: –

Some cultures prefer conducting business in person rather than electronically, such as many Latin American countries.

It is perfectly acceptable to be tactile and up close and personal in some countries, such as in Brazil and Italy, whereas in others personal space must be respected.

Everyday behaviours could be misinterpreted or even offend, such as a left-hand shake, considered rude in Middle Eastern cultures.

Turning up to a meeting in the wrong colour, such as yellow, the royal colour in Malaysia, could be detrimental to negotiations, as it would be seen as disrespectful.

In countries like Spain, this means something different, where the time of a meeting is rarely adhered to and merely seen as a guideline.

Some cultures see these merely as a form of information, but in others it shows respect. How it is given and received is almost ceremonial in Japan, where it should be proffered with two hands and a slight bow.

Turning up without a gift, or with the wrong kind to an international business meeting might cause loss of face. In China it is polite to refuse a gift three times.

This can vary across the board, for instance in Finland, it is traditional and positive to discuss business in a sauna.

Let’s not forget translation as part of the cultural equation. To avoid information being lost in translation and help bring a business into the international limelight, it is useful to have different forms of communication translated. E.g. a website is accessible the world over, and consequently if it is translated, this helps to widen its target audience. Nonetheless, in many instances, it is not enough to simply translate, but to shower it with the ‘royal localisation treatment’ so that the website speaks directly to its target culture.

Furthermore, turning up to a business meeting in some cultures with a translated business card is integral to a company’s success, just as making sure a company brand name is as effective in another country. Failing to carry out initial cultural research could end up costly in the long run.

There is so much more to consider when doing business abroad, so like a fine glass of wine opening up on the palate with all its different nuances, more will be revealed in a series of cultural insights specific to certain countries.

And in the words of Nelson Mandela: 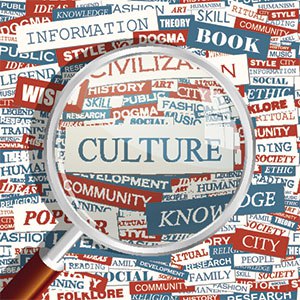 FOR ALL YOUR LANGUAGE REQUIREMENTS CONTACT THE PEAK TEAM FOR ADVICE

WE’RE ALWAYS HERE TO HELP WITH ANY QUERIES